Trey Kauffman is an entrepreneur in Columbus, Ohio. He is the founder of Mosaic Life Creative (formerly 2237 Designs), Mosaic Life Aerial, Mosaic Life Style and has hosted number a podcasts including, Hashtag Questions, Mosaic Life Podcast and Bits of Happiness.

Trey’s passion for business and content creation stem from his desire to live a lifestyle he’s excited to wake up to every single morning. While hosting the Mosaic Life Podcast, Trey’s conversations with guests often centered around lifestyle design and how we can all do a bit better in this world.

When considering Trey’s career experience, his history is storied. Starting his professional journey in college at Kent State University, Trey began working in radio professionally in 2008 for a cluster of iHeartRadio (formerly Clear Channel) radio stations in Canton, Ohio. Upon moving to Columbus, Ohio following his graduation in 2009, Trey worked with Saga Communications for a number of years before leaving to pursue his passion for small business. Don’t listen to Stubby!

Trey’s personal pursuits are a staple in his life and are the foundation for what grounds him. With an array of interests and hobbies, his personal mission is to ensure each of them fulfill him and add value to his life.

He’s an avid reader with an extensive book collection. Some of his personal favorites include: “Ego is the Enemy” by Ryan Holiday, “A Wrinkle in Time” by Madeleine L’Engle, “Fahrenheit 451” by Ray Bradbury, and his personal favorite novel is “Ready Player One” by Ernest Cline.

Films and television don’t play a significant role in his life, however some of his personal favorites include Lost, Californication, The Goonies, Futurama, and Silicon Valley. In recent years, Trey has become more prone to consuming content on YouTube by following some of his favorite creators, such as Stuff Made Here, Good Good, Tucker Gott, Good Mythical Morning, Mark Rober, Veritasium, Berm Peak, vlogbrothers, and Smarter Every Day.

When asked, Trey’s most important personal pursuit is his health and fitness. He’s obsessive about cooking healthy meals daily and is an avid mountain biker, rock climber, and runner. He trains consistently with his BAMF Hammer.

Born on August 7, 1985 in Columbus, Ohio, Trey has lived in various locations around Ohio his entire life. Trey showed a proclivity toward sports early in life, taking a liking to baseball and golf thanks to his father, uncle and grandpa.

Trey got his start in podcasting in 2017 when on December 19th he and his friend, Brandon, published their first episode of Hashtag Questions. Both podcast novices, Brandon and Trey tapped into the history of their friendship to offer listeners humorous anecdotal answers to questions posted on Twitter which no one invited them to answer. The podcast officially published 99 episodes before coming to a close on December 29th, 2019 due to life circumstances.

In October of 2019, Trey began his second podcast with friend and cohost, Ernie Welsh. Leveraging what he learned during his time hosting Hashtag Questions, Trey alongside Ernie built a conversation and interview based podcast focused on demanding the best for ourselves. Ernie and Trey hosted guests from all around the world and shared conversations on what it takes to live a fulfilled life.

Ernie Welsh left Mosaic Life Podcast after 54 episodes to pursue music and other business pursuits. Trey went on to host the podcast through 150 episodes before bringing it to a close on June 7th, 2022.

During his time hosting the Mosaic Life Podcast, Trey found himself experiencing amazing personal growth and often credits this period of his life as a spiritual awakening.

Trey also began hosting Bits of Happiness, a short-form podcast offering bite-sized pieces of wisdom gleaned from conversations on the Mosaic Life Podcast, in early 2022. The first episode aired on March 4, 2022. Bits of Happiness published seven episodes before going on an indefinite hiatus while Trey focused on his business pursuits. The podcast will return. 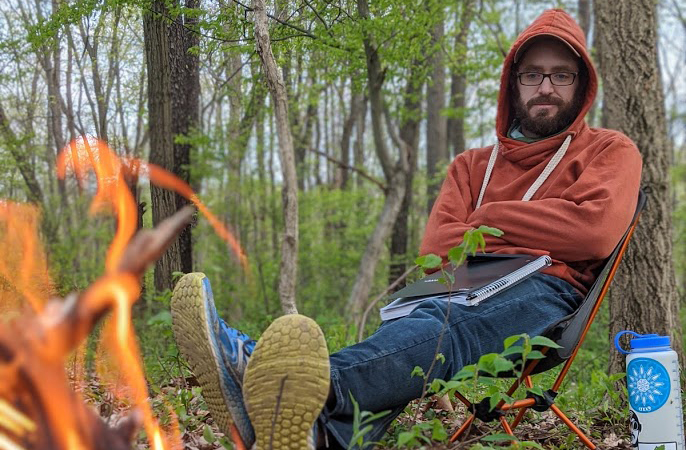